If you have heard boogie-woogie blues, chances are that you have heard an accompaniment figure like this before, which is also used in rock, country, and pop music:

One approach to composing that I enjoy very much is to take a musical genre, such as the blues, or a musical gesture that might be familiar to us, such as the one above, and then take it in a direction that the listener might not expect. The opening idea in Keep On Truckin' is a slightly modified version of this idea: 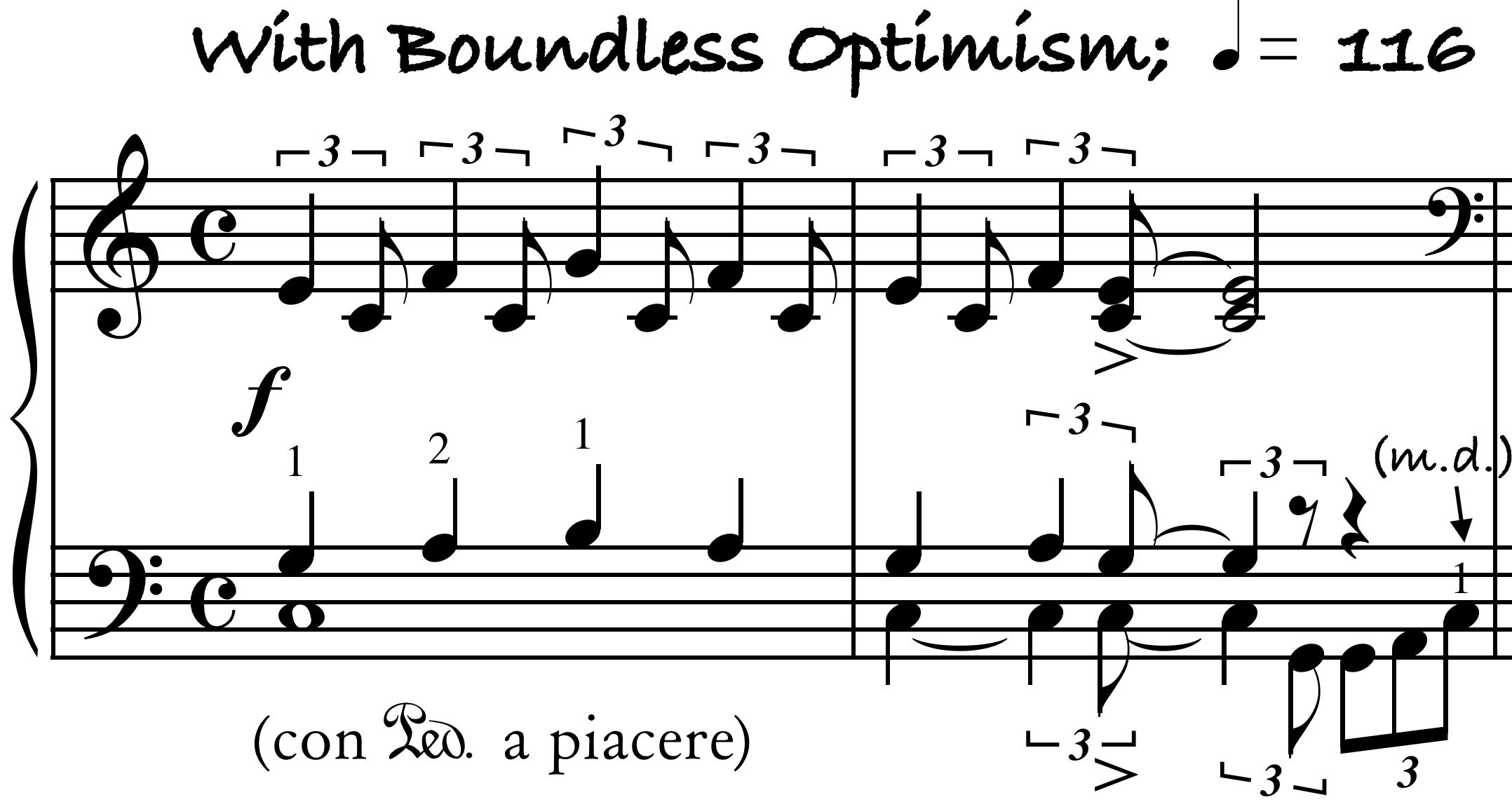 Keep On Truckin' keeps on, well, truckin', with some unexpected harmonic developments, nods to Count Basie and gospel music, and a strange foray into somewhat Russian-sounding territory in the slower middle section, before returning to the exuberance of the opening for the closing section. It was written just for fun (not commissioned), and has not been performed yet (spring, 2012).
Visit MacJams.com to read a variety of comments from listeners on this composition.

Other works for piano by Clark Ross you might enjoy:

Dream Dance (A wild, virtuosic, perpetual motion joyride; 2007)
Domenico 1° & 2° (Two sonatas inspired by Scarlatti; 2009)
Last Dance (Juno nominated slow tango, called "haunting and beautiful" by Jon Kimura Parker; 1999)
Jennifer's Tune (A pretty tune (for piano and bass) for my wife; 2005)
Julia's Prelude (A pretty tune for my daughter, in the style of Schumann; 1996)
iPad Riff Recontextualized (Inspired by the music of an iPad commercial; 2010)
Blues for Jim (Both a lament and a celebration of the life of Jim Croce; 2010)
Late Night Music (Jazz-inspired work for trumpet, piano, drum kit, and bass)